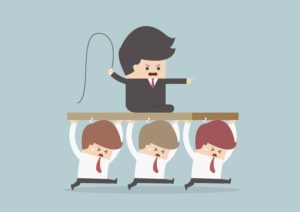 Every parent knows children are more likely to behave badly when they’re tired – but a lack of sleep isn’t a problem just for kids. Poor sleep quality can turn your boss into a jerk – and lead you to disengage from work.

Not many people would expect someone else’s sleep to influence their own behavior, but that’s just what we found.

I was part of a global team of business professors who conducted a field study of 88 leaders and their subordinates. For two weeks, leaders completed surveys at the beginning of each workday about their sleep the night before and their self-control at that moment. For the same two weeks, their subordinates completed surveys at the end of each workday about the abusive behavior of their leaders and about their own work engagement that day.

We discovered that the same boss can be abusive one day and nice on the other. And even your typically nice boss isn’t immune and can behave badly after a night of poor quality sleep.

We published our findings in “You Wouldn’t Like Me When I’m Sleepy: Leader Sleep, Daily Abusive Supervision, and Work Unit Engagement” in the Academy of Management Journal.

Here’s what business leaders can do to combat the side effects of a bad night’s sleep: