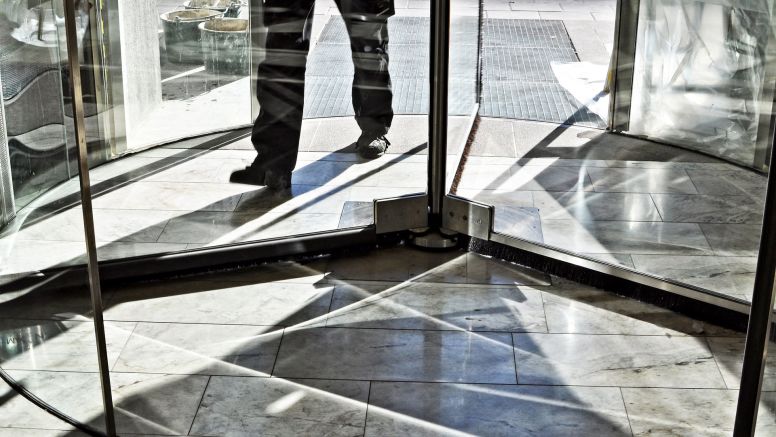 Federal prosecutors made headlines when they charged six accountants with conspiracy and other charges in January 2018.

They said five accountants conspired to improve a firm’s performance on Public Company Accounting Oversight Board (PCAOB) inspections by illegally sharing confidential information. The accountants were from Big 4 firm KPMG and one was a former employee of PCAOB, which regulates the audit industry.

They wondered if the kind of “revolving door” relationship described in the government’s indictments were common in the industry. They set out to assess the relationship between firms’ hiring preferences for people with PCAOB experience and whether it was linked to accounting firms’ audit performance, and report their findings in “The Revolving Door between the PCAOB and Large Audit Firms.”

The researchers first gathered profile information from former PCAOB employees who subsequently had worked at one of the 11 largest audit firms. Tapping public LinkedIn data, they identified 104 people who had inspection-related roles at PCAOB and subsequently went on to senior-level positions at Big 11 firms.

They also collected data on 2,361 PCAOB inspections of top audit firms and calculated the level of each firm’s documented audit deficiencies.

With these two datasets, Hendricks, Landsman and Peña-Romera could answer three main questions:

Hire someone from PCAOB?

It’s not surprising that large accounting firms sometimes hire people who had held top roles with an industry regulator. That employment pattern is seen in many industries, Hendricks says.

The question for the research team was whether accounting firms that performed poorly on PCAOB inspections were more likely to hire employees from the regulator, suggesting they might be looking for help improving their audit inspections.

As it turns out, that intuition was correct. When firms reported more deficiencies – one standard deviation higher or about 16.2 deficiencies vs. 9.2 deficiencies in an inspection – on average they hired roughly one additional person with PCAOB inspection experience in the 18 months following the inspection. That’s a big difference because firms typically hired one person from PCAOB over that time period.

Hendricks and his colleagues suggest there are two basic ways hiring accountants from PCAOB might improve a firm’s performance on audit inspections.

First, a firm might recruit from PCAOB so it could better understand how PCAOB assesses audits, thereby changing processes and training employees to better comply with those standards.
Second, there’s the route the government says the KPMG accountants took: A former PCAOB employee might have, or obtain, confidential information about the audits the regulatory agency was going to review, allowing the firm to spend extra time and effort on those audits and minimize deficiencies.

In the first case, improvements would probably take longer, Hendricks says. It would take time for the new hires to train employees, review audits in process and implement other changes to reduce deficiencies.

But in the second case, the researchers hypothesized, the improvements to a firm’s inspection report could show up quickly, in the same year as the former PCAOB employee was hired. The longer a former PCAOB employee was away from the regulator, the less valuable the inspection-specific information that person possesses, or can access, would become.

So what did the data reveal?

Improvements to firms’ audit inspection reports tended to show up not in the year in which former PCAOB employees were hired, but in the following year. This finding is most consistent with the former PCAOB employees adding valuable human capital to the firms they join rather than simply using illicit information to improve the future inspection reports of their new employers, says Hendricks.

To test the possibility that merely hiring senior-level experts might help change the PCAOB results, Hendricks, Landsman and Peña-Romera also ran the same analysis on another group of accountants.

They looked at people who had moved from the Financial Accounting Standards Board (FASB), who would have valuable technical accounting expertise relevant to audits but wouldn’t have PCAOB-specific knowledge, to audit firms.

Those new hires, it turns out, weren’t more likely to be hired in response to firms receiving unfavorable inspection reports from the PCAOB. Further, their hiring was not linked to improved PCAOB inspection outcomes. That suggests former PCAOB employees brought something specific from that agency to the firms, Hendricks says.

Although elected officials, the media and other groups often question the impact of a “revolving door” between regulatory agencies and the businesses those agencies regulate, in this case it might be a good thing for the accounting industry.

First, for accountants who work at regulatory agencies, the study suggests that strong oversight that reveals deficiencies might lead to career opportunities for those accountants. Thus, the “revolving door” here might actually lead to more stringent oversight.

Second, for individual accountants, working at a regulatory agency like PCAOB provides valuable experience that can lead to significant professional advancement. This means that regulatory jobs may be more attractive to candidates, allowing agencies such as PCAOB to attract high quality employees.

The study might indicate that the relationship between former PCAOB employees and their new employers is a valuable channel through which knowledge is transferred from regulator to employer, says Hendricks. For now, at least, that’s perfectly legal.