Apartments rise in the Valley of the Sun 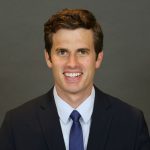 Like many cities across the U.S., Phoenix, Arizona is experiencing great change led by multifamily development. I had the opportunity to intern with Alliance Residential, one of the nation’s largest multifamily real estate developers, in the company’s Phoenix office.

Phoenix is the 12th largest metropolitan area in the U.S., with about 4.5 million people. The City of Phoenix boasts a population of 1.5 million. Those familiar with Phoenix know that most of its population growth over the last few decades has been away from downtown, in the outer areas of the city and in neighboring communities like Glendale, Scottsdale and Mesa. The valley has become a perfect example of urban sprawl. But something interesting has been happening over the last couple of years: living in downtown Phoenix is suddenly desirable and the downtown multifamily market is booming. There are a number of things that have contributed to this. 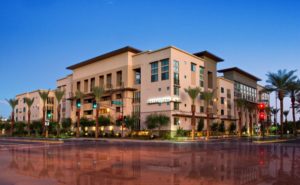 The City of Phoenix has made a commitment to vitalizing downtown.
The city set a goal to bring thousands of new multifamily units downtown and is well on its way to achieving this goal. In fact, Alliance Residential has two large projects in downtown Phoenix that I was able to work on over the summer. Some incentives have been and are being offered to developers by the city, but obtaining these incentives is becoming harder as, ironically, they are no longer needed to attract new development.

Phoenix has expanded its light rail system.
Those living in downtown now have easy access to the airport and other areas of the valley. A new rail line that extends all the way to downtown Mesa opened in late August 2015.

Downtown Phoenix has become a cool place to live.
Across the U.S., there is an influx of people seeking an urban living experience, and the real estate development community in Phoenix is more than happy to oblige.

Multifamily development in downtown Phoenix is rapidly expanding, drawing many shops, restaurants, bars and businesses to the area and spurring various forms of real estate development and economic growth. This is leading to an incredible revitalization of downtown Phoenix, and it was exciting to be in the middle of it all.