Skip to content Skip to Programs Navigation
Ann Christian Goodno: It all added up

Ann Christian Goodno: It all added up 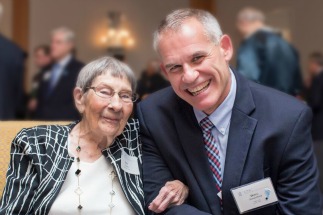 Dean Doug Shackelford announced the creation of the School’s consecutive giving society – the Ann Christian Goodno Loyalty Society  which recognizes donors who have contributed to the Business School for two or more years in a row – in 2015.

The society is named in honor of the late Ann Christian Goodno (BSCOM ’45), who supported the Business School for 75 years.

Goodno was the School’s longest-living consecutive donor, according to UNC Kenan-Flagler’s records. She celebrated the 70th year of her graduation from UNC Kenan-Flagler on Oct. 26, 2015, and was recognized at the Triangle Alumni Reception.

“I asked Mrs. Goodno what inspired her to keep giving all those years, and she replied, ‘Well you keep sending me those envelopes.’ If only it was that easy with everyone,” says Shackelford.

“I do rely on those envelopes,” says Goodno.

Goodno, née Ann Christian, was born in Atlanta in 1921 and grew up in the Tar Heel state.

“My father was a traveling salesman. My parents moved up and down the Eastern seaboard, from Montreal to Jacksonville, Florida,” says Goodno. “I happened to come along in Atlanta but only lived there about a year. North Carolina is more home than anywhere else.”

From the sixth grade on, she lived near Broughton High School in Raleigh and attended junior college at St. Mary’s School before enrolling at UNC-Chapel Hill as a junior in 1944. 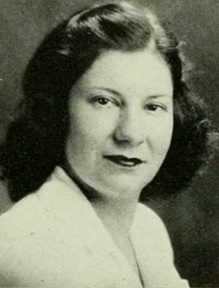 “It was during World War II and ladies were outnumbered close to 3:1 by the young men because at that time, the University didn’t accept ladies until they were juniors. The population was not balanced by any means,” recalls Goodno. “A V-12 program accommodated the young men, and Marines came in after Iwo Jima and Guadalcanal – it was a crazy mixture, but peace was declared while I was here, both European and Japanese.”

She majored in accounting and completed two years of college in about 16 months. “I was taking freshman, sophomore, junior and senior classes at the same time – it was all mixed up. However, the accounting classes were not difficult at all.”

As a student, Goodno had an interesting experience with Dudley Carroll, who helped establish the School (then known as the Department of Commerce) in 1919 and served as dean for 31 years.

“He was a fantastic individual, said Goodno. “I was taking his business course, and one day I was summoned to the dean’s office. I thought ‘Oh my Lord, what have I done now?’ I went in and he offered me the job of being his secretary while I still continued to go to school. He said that would entitle being the assistant dean of the School. They didn’t have another assistant. I was really flattered – about as flattered as I am now over being honored by this new society.”

“But at that point, I needed to graduate and get out of school,” she explained. “My future husband – Charles F. Goodno – had been overseas for three years. I finished in October, Charlie arrived home in November and we were married in early December, so there was not a lot of time.” 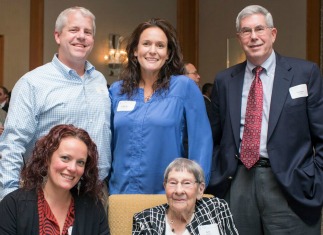 “The Business School gave me a great foundation,” said Goodno. She and her husband – who also specialized in accounting – were treasurers for their church for years. Although she was not paid for that role, she was paid to keep the books for other organizations, including two drug stores and a kindergarten.

“I kept a mean set of books,” she said. “I wrote all the checks for the drug store. The man’s wife couldn’t even get any money unless I wrote the check. I did everything at that drug store except fill prescriptions. The beauty of keeping the books was that I was able to do it all at home.”

As for her loyalty to UNC Kenan-Flagler over the years, “I never thought anything about it, but I was shocked to read that gifts to the School – combined with other private support – fund 20% of its annual operating budget,” said Goodno. “If people don’t give, I don’t think the School could operate.”

The creation of the Goodno Loyalty Society is especially meaningful for both UNC Kenan-Flagler as it was for Goodno.

“I’m a happy person – I always look at the glass as half full,” she said when honored. “I think that happiness has a great deal to do with everything that happens to you. My feet have not touched the floor since I heard about the society.”

To join the Goodno Society, please make your annual gift. Donors who sign up for recurring gifts to the School and those who have given to UNC Kenan-Flagler in the last two or more fiscal years are automatically entered into the Goodno Society.