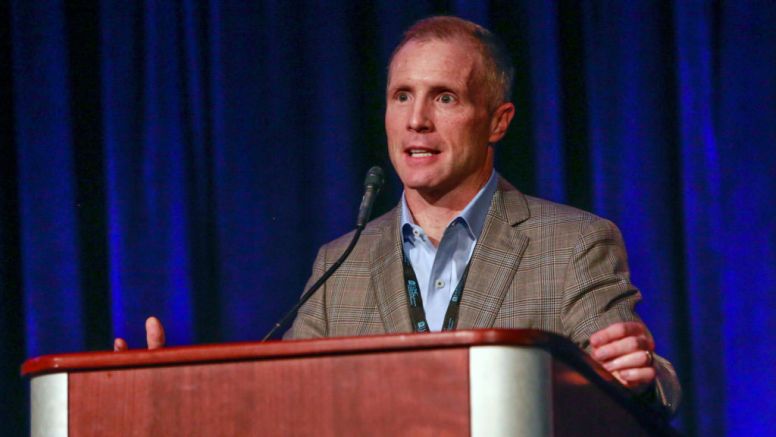 As business accelerators expand, understanding what makes them successful is becoming increasingly important. This area of study is of special interest to Chris Bingham, professor, Philip Hettleman Distinguished Scholar and area chair of strategy and entrepreneurship at UNC Kenan-Flagler Business School.

Bingham explored how accelerators’ program designs influence new ventures’ ability to access, interpret and process the external information needed to survive and grow. He conducted the research with Susan Cohen (PhD ’13) of the University of Georgia and Benjamin Hallen of the University of Washington. They co-authored “The Role of Accelerator Designs in Mitigating Bounded Rationality in New Ventures,” published in Administrative Science Quarterly, the premier journal in management research.

The first paper on accelerators to be published in an academic journal, the authors explore how the program designs of accelerators influence the ability of new ventures to access, interpret, and process external information needed to survive and grow.

Bingham believes that their works is significant “because it is opening a black box about what’s going on in accelerators, which are new on the scene and which everyone thinks are wonderful, but we don’t know a whole lot about them.”  Many people see accelerators – in which venture capitalists invest in multiple companies at once – as a disruption to the traditional investment model in which venture capitalists invest sequentially in different companies, he says.

“With incubators, you usually go in as a solo venture, you can be there for one to three years, and you may be surrounded by other ventures,” says Bingham. “But in an accelerator, you come in as a cohort, for a fixed period of time. This cohort and time-bound nature are unique features of accelerators that you don’t see in other areas of entrepreneurship, and are a new format that, as the name implies, can accelerate venture development.”

Better accelerators help companies receive venture capital financing and achieve higher growth faster than if they just went to a venture capitalist, says Bingham. This new research finds three key elements in the design of accelerators that contribute to success.

The first element is concentrating consultations between ventures and their mentors within a short period of time. “It’s more effective if entrepreneurs participating in an accelerator meet with 70 to 80 unique mentors in the first few weeks,” he says. “As a venture startup, you don’t know what to do and you receive so much divergent feedback. But after 20, 30 or 40 meetings with mentors, you start to hear a common thread in the feedback and are better able to define your value proposition.” While it seems counterintuitive, better accelerators slow down their ventures, rather than having them optimize a suboptimal plan, he says.

Fostering transparency among ventures participating in the same program is the second key element in a strong accelerator. “Peers became exceptionally helpful in helping you learn how best to exploit the opportunity you have already discovered,” says Bingham. “Better accelerators want to expose you to what everyone else is doing so you see your weaknesses quickly.” Peers, who are stronger in a specific area, such as marketing, finance or coding, can help their colleagues address their weaknesses.

“Coopetition – when you are both cooperating and competing – is a very interesting dynamic,” he says. “You are both competing for the same venture dollars at the end of your time in the accelerator but you are actually cooperating together.”

Standardizing the program for each participating venture is most effective is the third element – another counterintuitive finding, since ventures enroll in the program with varying levels of experience and a variety of backgrounds. “You want all of your ventures in a lockstep program, moving in a similar cadence,” says Bingham. “Rather than say, ‘Here is a buffet table; take what you want,’ better accelerators say, ‘You will all do this for the first few weeks and then you’re all going to move to this activity for the next few weeks.’”

Entrepreneurs tend to spend too much or too little time on activities so it is important that the accelerator’s managing director guides ventures so they don’t underexploit or overexploit a resource.

“I hope that our research helps companies understand how to accelerate innovation and change so they can become more competitive in today’s fast-moving, dynamic economy,” says Bingham. “At a higher level, I hope that we can facilitate more agile thinking in executives and help them learn to adapt better and faster.”