Accelerating her career in biotech 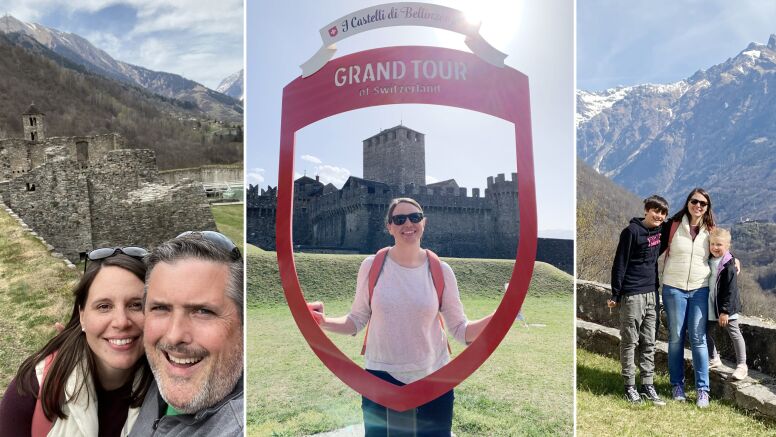 When you picture a career in the biotech industry, you might not imagine it starting with nine years as a high school Spanish teacher, but Amy Manning (MBA ’17) proves that when you take charge of your skills, there’s nowhere you can’t go.

In October 2021, she accepted a job as head of the project management office for the new Fujifilm Diosynth Biotechnologies site that the firm is building at Holly Springs, North Carolina. The $2 billion manufacturing site will add over 700 jobs in the large-scale cell culture production. Manning will coordinate and create visibility for progress on the overall site building project.

It’s quite a leap from where she first started in the biotech industry, and it’s one she believes was made possible by her studies in the Weekend Executive MBA Program at UNC Kenan Flagler.

Finding her feet in biotech

Manning first got into biotech as a way to better support her family. She never planned to leave teaching, but when an opportunity to join Biogen as a senior administrative assistant presented itself, she decided to take the leap. Very quickly, she realized she had real opportunities to develop. 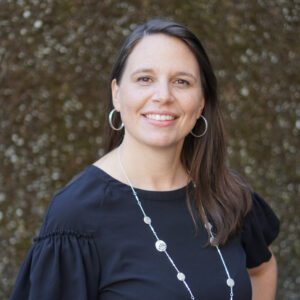 “I was given the opportunity to take on more projects and to help mold strategic initiatives,” she says. “I wanted to figure out how to even further develop my ability to show up at the table and make a difference, and take on these projects in a more meaningful way.”

She toyed with a few different ideas for continuing education, but none of them seemed to fit – until her site head suggested that she consider an MBA.

As Manning puts it, “It all started falling into place from there.”

UNC Kenan Flagler was on the table from the beginning: not only was UNC her alma mater, but the Weekend Executive MBA Program offered the flexibility that she was looking for.

“At that point, my daughter was a year and a half, and my son was 8,” Amy explains. “I wanted to make sure that the MBA was something I could do and still come home and be a good mom to them.”

The Weekend Executive MBA Program was an ideal solution. Blending in-person learning with online coursework, the program gathers students together over intensive class weekends to conduct meaningful discussions about their learning.

This flexible delivery meant that not only could Manning keep showing up for her kids, but she was also able to keep up at her job. In fact, she was able to excel.

A two-level promotion during her MBA

Manning noticed the positive impact of the MBA on her career almost immediately.

“When you tell people you’re getting your MBA, invitations to work on strategy shift from ‘Hey, handle this from an administrative perspective’ to ‘Hey, own this and drive it – give it a shape and a vision,’” she says.

Clearly, the MBA had positively impacted the way that Manning’s colleagues saw her, and, very quickly, it also changed how she saw herself.

Through applying classroom concepts in the workplace she discovered a new love for operations and strategy, and gained confidence in her ability to hold her own in high-level discussions. She credits the intensive classroom experience with her boost in confidence.

“Getting an MBA, having conversations with professionals and being able to challenge them and talk through things – it gives you a different confidence when you show up to work the next week and you’re sitting across from directors,” she says.

From passing a finance exam that had intimidated her to taking initiative in a new area at work, Manning proved to herself and her company that she could exceed expectations.

She was offered the chance to transition from an administrative assistant role to being a project management officer during her MBA program, a rare two-level jump she could not have imagined before the program. 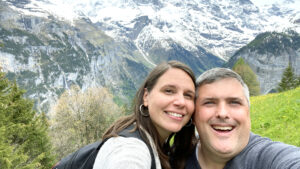 It wasn’t her last promotion, either. After wrapping up her final class, Manning and her family headed to Switzerland to discuss an expat assignment with Biogen. She worked in Switzerland for nearly four years.

Not long after her return, the unexpected career opportunity came from Fujifilm. “Why not take on a new adventure to apply my Executive MBA skills in a new environment, following the close of my last adventure in Switzerland?” she says. “I’m very excited about what the future holds in this new opportunity!”

A supportive environment for growth

The MBA had turned out to be so much more than Manning hoped for when she originally applied.

She’d wanted to grow her career, to fill out her resumé so that it would stand up alongside others in the biotech industry. What she’d achieved was a resumé that jumps off the page, and the confidence to back it up.

Not only that, but she’d done it in a supportive environment that didn’t require her to sacrifice what was really important to her. Her colleagues and professors understood and shared her priorities, and Manning believes that it is this community spirit that made her MBA experience truly special.

“These people really become your family during a time that, although it’s really enriching and valuable, it’s also really challenging,” she says.

“You’re working full time and a lot of us had families at home, and I think having those people to really lift you up and help you get through the harder times is such an important part of the program itself, and I don’t think it’s something that you would have at every place.”

Her advice to others hoping to use the Weekend Executive MBA at UNC Kenan Flagler to accelerate their careers is simply to take the leap.

“There’s always going to be something that may keep you from doing it right now, but if you have the opportunity presented to you, then just go for it,” she says.

“It is what you make of it, it’s not going to drive itself. You always have to be thinking about what’s next for you, and connecting with people that you’ve built relationships with in the program to make something out of it.”

If you follow this advice, you could achieve something similar to what Manning has done.

“The MBA was able to really throw some gas on my career and help it to go even faster,” she says. “It got it moving in a direction that I never could have predicted, and that has been really great.”

Manning and classmates discuss the power of the alumni network and the ROI on the Weekend Executive MBA Program.