Skip to content Skip to Programs Navigation
A prescription for innovation

A prescription for innovation 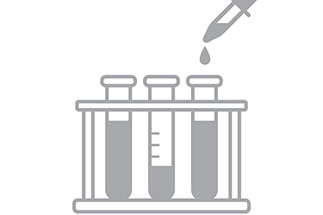 The value of failure is practically gospel in innovation-driven industries.

As Elon Musk has famously said, “Failure is an option here. If things are not failing, you are not innovating enough.”

But does failure really lead to more success?

Quantifying and assessing the relationship between the two is difficult. While anecdotes abound about failure preceding success, there hasn’t been much evidence.

Atul Nerkar, professor of strategy and entrepreneurship and Allred Distinguished Scholar, and Isin Guler, associate professor of strategy and entrepreneurship, and PhD graduate Rajat Khanna (PhD ’15), now of Tulane University, share their findings in “Fail Often, Fail Big, and Fail Fast? Learning from Small Failures and R&D Performance in the Pharmaceutical Industry” in the Academy of Management Journal.

The trio chose the drug industry because drug research patents provide a unique, and measurable, window into the role of failure in corporate innovation.

heir work has implications for any industry where innovation is important and outcomes are uncertain.

Drug companies typically patent potential therapies early in the R&D process, often years before they know whether a drug candidate will make it to market. Patents are essential in the industry, allowing pharmaceutical companies to earn profits on years of research investment.

Since the late 1980s, the U.S. Patent and Trademark Office has required patent holders to pay a maintenance fee every four years to maintain patent protection. Though the fee is relatively small (around $15,000) compared to the billions in profit some successful drugs deliver, pharmaceutical companies don’t maintain all their patents – they let some expire.

To measure the impact of small failures on innovation, the researchers looked at patents and patent expirations for 97 pharmaceutical companies from 1980 to 2002. Patent data allowed them to measure three key attributes:

Then they examined the relationship between failures and subsequent patent activity.

What the pharma industry knows

Nerkar, Guler and Khanna looked at data that included 156,267 patents of which about 36 percent were discontinued as of 2002.

They discovered that after patents expired, the quality of subsequent patents tended to go up. In other words, failures along the way did seem to lead to higher quality research, suggesting that drug companies learn from failure.

Not only does that hold for the sheer quantity of patent expirations, it’s also true for timing and importance of the patents that firms let expire. That is, expirations earlier in a patent’s potential life – say at four versus 12 years – and expirations of more highly cited patents were linked to higher quality of subsequent research.

But something else happened after the patents expired: The number of patents filed tended to go down. In other words, research quality went up, but the quantity of research output went down.

“That was a big surprise,” Nerkar says.

To supplement their patent analysis, the researchers interviewed patent attorneys at pharma companies and four scientists who had worked in the companies included in the data sample.

In large drug companies, researchers are encouraged to report any significant milestone to the firm’s intellectual property (IP) office. Patent attorneys in the IP office decide whether to file for patents. They also decide whether to maintain existing patents. Those decisions are based on several factors, including the overall corporate strategy and performance of other patents from a given researcher’s lab.

In effect, corporate IP offices choose from among new discoveries and existing patents to decide what they want to keep in their patent portfolio and what they’re willing to discard.

“The scientists only have parts of the picture,” Guler says. “The IP office is the decision maker and the holder of the overall research portfolio.”

The failure to renew a single patent — or failure to file for a new patent on a single milestone — was not significant by itself and relatively common, the scientists told the UNC Kenan-Flagler researchers. But if scientists had multiple patents that weren’t renewed, they might change their future research efforts.

This helps explain why small failures increase the quality of research, but don’t increase research quantity. Even when a patent isn’t maintained, a scientist might continue to work along the same line of inquiry.

P offices are usually located at corporate headquarters, whereas research laboratories and scientists might be scattered across the country or around the world, which further loosens the feedback loop between IP office decisions and research activity.

There are also management challenges unique to any company involved in innovation.

“You are working with these creative individuals,” Guler says. “These individuals value independence in choosing the direction of their research and might not respond well to corporate feedback. It’s a special challenge in managing innovation and creativity.”

Many other kinds of companies face similar challenges when they must invest in innovation with uncertain outcomes and a high risk of at least some failures. Nerkar and Guler point out that movie studios, VC firms and other companies involved in scientific R&D all share this characteristic.

The scholars are continuing their research on how companies learn from failure, examining, for example, how some failures might be more important than others.

While learning from failure is important and valuable, companies shouldn’t idolize failure, says Nerkar. He cites one of one of the most successful innovators in recent history: Apple’s Steve Jobs, who said “No one wants to die. Even people who want to go to heaven don’t want to die to get there.

“You don’t want to fail,” Nerkar says. “You want to succeed. Along the way, if you fail, that’s OK.”