Skip to content Skip to Programs Navigation
A passion for people

A passion for people 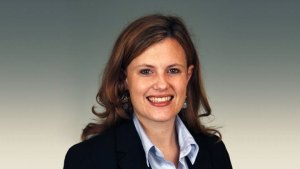 Fee was a beloved member of Ernst & Young’s Americas assurance talent team, where she made a significant contribution to EY’s culture.

According to her family and co-workers, Fee had the unique ability to connect and engage with everyone.  She had tremendous energy, empathy and a positive attitude that was infectious.

For these reasons, her family and EY Raleigh partners, principals and executive directors established The Mary Beth Fee MAC Legacy Fellowship at UNC Kenan-Flagler as a way to remember her and keep her legacy alive.

Originally from Hickory, North Carolina, she graduated in 2000 with a bachelor’s degree in economics from UNC.  After working in Jackson, Wyoming, she returned to Chapel Hill and earned her MAC degree at UNC Kenan-Flagler.  She was a devoted Tar Heel and loved her University. 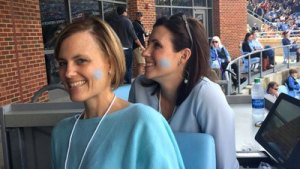 “I was lucky to be Mary Beth’s teacher for multiple courses at UNC Kenan-Flagler. She was totally delightful and a positive force in the classroom – active, cerebral and well-liked by her peers. A priceless gem who is gone too soon,” says accounting professor C.J. Skender.

She started her EY career as an auditor in the Seattle office.  Transferring to the Raleigh office in 2005, she continued in the assurance practice serving clients in the Carolinas. In 2009, she joined the EY America’s assurance talent team and was instrumental in implementing EY People First initiatives and developing programs for assurance staff. One of her greatest accomplishments was working on the team that created the “Celebrating Seniors” program which remains a critical part of developing EY’s assurance personnel.

“Mary Beth touched so many people as an auditor and as a recruiter,” says Bob Thorburn, EY partner and former leader of the EY Americas assurance talent team. “She held her own and became a real star among the talent team because she was able to liaise with many and work well across different cultures.” 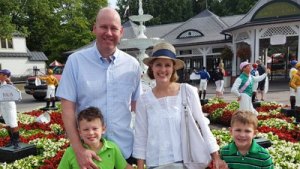 “Even when she was part of the national practice, one of her favorite things to do to was go back to recruit at the Business School and bring in more talent from UNC.  As a graduate with her talent for working with people and passion for interviewing, it just made a lot of sense.”

“Mary Beth represented the best of Ernst & Young and UNC Kenan-Flagler. We hope this fellowship will help the School attract global-minded students who emulate her values and those of EY so that we can build a better working world.”

Since the creation of the fellowship in May 2018, the initial goal of raising $50,000 was met, achieving the minimum funding needed to permanently endow the fellowship. Not stopping there, a new goal of $100,000 has been set. More than $64,400 has been raised so far, and the first fellowship will be awarded in 2019.