Studying how we act and finding humor along the way 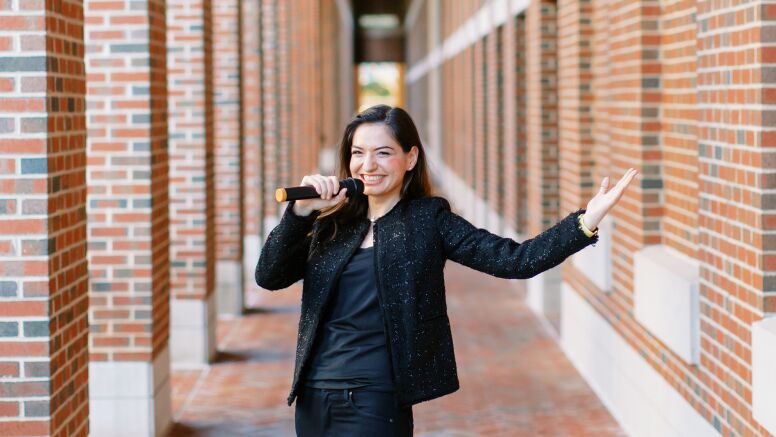 In the early days of the pandemic, Ovul Sezer, an organizational behavior professor at UNC Kenan-Flagler Business School, was struck by everything she suddenly needed to remember.

For one, she had to sing the birthday song while washing her hands to ensure she cleaned them thoroughly. But she kept forgetting until after she had left the restroom.

As a behavioral scientist, she approached the problem with practicality. As a stand-up comedian, she was lighthearted. 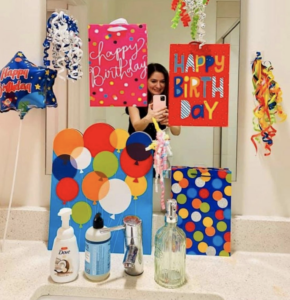 Her solution? Sezer covered her bathroom mirror in birthday cards and decorations, and shared a photo of the splendor on social media. As the coronavirus crisis drags on, the birthday paraphernalia remains a part of her interior design, so she will never forget how long she must keep her hands in the wash cycle.

“There’s constant confusion about what to do and so many questions,” she says. “At the beginning, it was, ‘Don’t touch your face. Wash your hands.’ We all got a PhD in washing our hands.”

In fact, changing people’s behavior is one of the subjects she covers in her research, and this is an amazing time to be studying such topics, she says. “We use choice architecture, or cues in the environment, to choose the correct behavior.”

One chance to make a first impression

In her research, Sezer’s focus is on impression mismanagement, which is all about recognizing the diversion between what people think are good impressions and the perception others actually have of them.

An example, she says, is the awkward way people network in the hopes of catapulting their careers. Participants in networking events think they have made a great impression, and often the other person thinks the opposite, says Sezer.

“Our intuition is often misguided about these things,” she says.

Another related subject that intrigues Sezer is how people hide their success to protect their loved ones. A high school student keeps mum about getting into his dream school because his friend got rejected. Or a woman hides her pregnancy because her girlfriend is having trouble conceiving.

People keep these secrets with good intentions, but the so-called protected person almost always ends up feeling offended, says Sezer. “We all do this, but the result is very different from what we expect. It tells us something unique, which is that an impression is not about how you look.”

Her work on impression mismanagement is important to businesspeople because it can determine who wants to work with a job candidate, employee or service representative.

“An impression is never just an impression,” says Sezer. “It has downstream consequences.”

The art of complimenting people is another area of interest that is percolating for Sezer –particularly backhanded compliments.

One example she has heard – as a stand-up comedian – that she’s “funny for a woman.” It is offensive and not productive, yet it is common, she says.

The motivation for studying compliments is that “kindness is a way to bridge distance,” she says. And Sezer does not understand why people have not mastered this art because compliments don’t cost anyone anything, and they make all parties feel good.

Now that people are mostly staying home, there are fewer opportunities for unsolicited compliments and spontaneous interactions, so Sezer is also interested in how people can make recognition rituals happen online.

In fact, the coronavirus crisis has greatly influenced Sezer’s work.

“Every day is a new research idea,” she says. “There are so many things to study that can help us.”

In some ways, life is Sezer’s laboratory. The minutiae of everyday life influences her research and teaching. 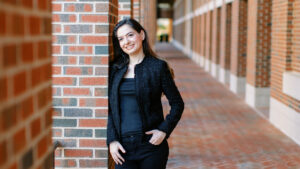 Sezer – who Poets & Quants named as one of the Top 40 Business School Professors under 40 – teaches Managerial Decision Making and Negotiations to Undergraduate Business and MBA students.

In Managerial Decision Making, Sezer focuses on how people’s decisions deviate from “optimal” choices and consequences of such deviations. In Negotiations, she uses hands-on negotiation exercises to build and hone students’ ability to understand the personal, social and situational dynamics of negotiations. Both classes develop students’ fundamental leadership skills.

She also has taught PhD students in organizational behavior about theory and methods, and how to come up with interesting and important research questions.

“I love our students so much,” says Sezer. “They are so brilliant and so kind. Life is so hard. Their energy, kindness, and hope keep me going. I learn from them.”

She credits her students with informing her research because in the classroom she can observe how the world and the way people behave are constantly changing. And her students also teach her, about texting, for instance, and using the word “slap” to describe a song she appreciates. “That jam slaps,” she says explaining the revelation.

Collaboration is clearly the basis of her relationship with students. Having to interact with them on Zoom posed challenges but also produced some enhancements. Sezer continued to incorporate her stand-up act into lessons, which alleviates tension and makes a safe space for students to share.

She also got creative about continuing to include hands-on, experience-based learning. She incorporated videos to illustrate recurring themes and leveraged breakout rooms and simulations.

“My hope is students will see how relatable these topics are,” says Sezer.

She has high esteem for her students. During the pandemic, she has bonded with her pod mates and former PhD students Angelica Leigh (PhD ’20), now an assistant professor at Duke University, and Ayana Younge, a post-doctoral fellow at UNC Kenan-Flagler. They shared Netflix favorites and have pandemic rituals, says Sezer.

“The bonds we have through research carried over to friendship,” she adds.

Originally from Istanbul, Turkey, Sezer has a unique perspective that impacts her teaching and research.

At home, Sezer is all about her “big family, big celebrations and big conflicts.” All this interaction motivated her to become a people watcher from a young age, she says. Her home country built a strong foundation for the kinds of studies she is conducting.

“Being from Istanbul is an amazing connection to what I do right now,” says Sezer. “It’s the land of two continents between east and west.”

Sezer moved from Istanbul to the U.S. to study applied mathematics at Harvard. She “fell in love with research,” she says, and completed her PhD at Harvard in 2017. A chance to conduct the research that interests her and teach brilliant students attracted her to UNC Kenan-Flagler Business School, she says.

“My academic journey is like an odyssey,” says Sezer.

Of course, she makes time for fun, too. When she arrived in North Carolina, she came across an ad for a stand-up comedy workshop at a comedy club. On a Sunday afternoon, she headed to the lesson and was surprised to find that no one else had shown up. So, Sezer received a one-on-one class from the teacher.

Quickly, she made connections between comedy and her work as a behavioral scientist.

“The first thing the teacher asked was, ‘Do you have frustrations?’ Comedy is an amazing tool to look at those things closely and talk about them in a lighthearted way,” says Sezer. “You realize that you’re not alone.” 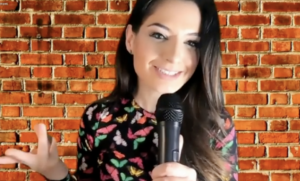 Despite the pandemic, Sezer continues to perform as a stand-up comedian. She uses a brick-wall Zoom background and a microphone prop to give the feel of a comedy club. Her passions – teaching and comedy – feed off one another.