Employees have a voice – are you amplifying or silencing it? 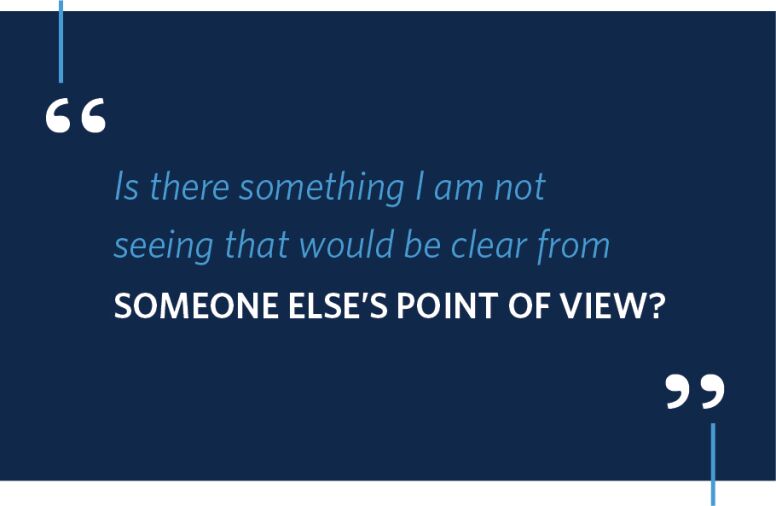 Most managers would agree that when employees speak up with ideas, suggestions, or concerns, good things happen. A team can learn, avoid errors, and become more creative and efficient. These same managers would also likely agree that as the boss, they play an important role in ensuring employees speak up, especially with the increased focus on the inclusion of diverse voices. After all, employees often take cues from those in authority, and when those people invite and encourage participation, employees follow suit.

Yet these same managers often avoid inviting input or discourage employees who do speak up. Why would managers recognize the benefits of inviting input, but at the same time avoid doing so? Research provides three possible answers.

Is it worth asking?

It is popularly believed that managers tend to avoid seeking input because they feel threatened by it. But recent research challenges this idea. Instead, managers frequently avoid seeking input because organizations put them in impossible positions: They lack the authority to act on employees’ ideas (e.g., they work under centralized decision structures, in which they are merely “go-betweens”) and are required to deal with short-term demands. Under such conditions, they become pessimistic about the usefulness of soliciting employees’ ideas and focus their efforts elsewhere.

Imagine Alex, who could encourage employees to provide input. Alex knows that asking for input would create the expectation to act on the input. If Alex lacks authority to act, it might be better not to ask. Even if Alex has the authority to make suggested changes, implementing new practices takes time and often leads to short-term disruptions. With short-term demands and rewards systems focused on immediate results, Alex might struggle to find time to initiate conversations about change. In fact, under such circumstances, even the best-intentioned managers likely avoid soliciting employee ideas and might even stifle them.

Thus, instead of suggesting managers are protecting their egos or fear change, organizations might consider examining how much authority managers actually have and the incentives they face to maintain the status quo.

Are managers stopping to consider others’ perspective?

If indeed managers avoid seeking input because they feel threatened, managers who are more confident in their abilities should seek more input. Yet research shows that managers who feel confident often fail to seek feedback from employees, even more than those that are insecure. This is because confidence can act as an internal signal, suggesting that one is on the right path and that it would not be useful to spend time and effort to search for more information.

At the same time, the same research also highlights how managers can override this internal signal. In fact, if they stop to actively consider the perspective of others, the effect reverses. By introducing a moment of doubt, for instance by asking: “Is there something I am not seeing that would be clear from someone else’s point of view?” confident managers become the most likely to seek input from others.

Hence, efforts to address managerial reluctance to seek information from others might require helping managers shift from an inward (on self) to an outward (on employees) focus. To support managers’ attempts to generate momentary doubt, organizations can encourage managers to consider whether others have a different opinion as part of daily interactions or assessments.

Are managers equating “not speaking up” with “remaining silent?”

If Taylor speaks up with an idea, does that mean Taylor is also not withholding any suggestions or concerns?

This is because they are driven by two different fundamental psychological systems. Voice is about trying to bring about change, and is thus sensitive to signals of perceived impact (i.e., the sense that speaking up is going to make a difference). Silence is about avoiding harm and is thus sensitive to signals of psychological safety (i.e., the sense that one can take interpersonal risks when interacting with others).

The insight that voice and silence are not driven by the same psychological mechanism is important because it suggests that they need to be separately managed.

When it comes to perceived impact and encouragement of voice, managers need to pay attention to their own and others’ reactions to employees who believe that their ideas will be listened to, taken into consideration, and could affect decisions or operations. This requires not only directly inviting ideas, but also explaining what happened to these ideas and what did the manager do with those ideas (and if they were abandoned, why).

When it comes to psychological safety and reduction of silence, managers need to pay attention to their own and others’ reactions to employees who speak up with “bad ideas” or raise “sensitive subjects” and protect employees from any tangible or social backlash. It might also require inviting input on sensitive subjects in a different manner or even in a different setting, which directly signals that it is safe to share honest opinions.

A framework for creating a listening environment

In a time of increased awareness about the importance of diverse voices being heard, there are three key actions managers can take to ensure their employees feel heard and valued.

UNC is committed to supporting you as you seek ways to solicit and implement employee ideas on overcoming today’s challenges. Get in touch.

Elad Sherf is an Assistant Professor of Organizational Behavior at UNC Kenan-Flagler Business School. To see more of his research on employee voice and other topics, please visit here.