Catering to others is a trap 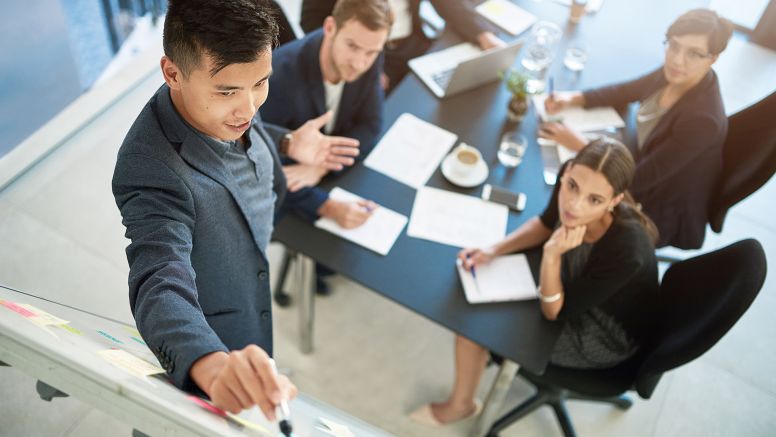 Say you’re headed into a high-pressure interaction with someone you don’t know well — a job interview, an important presentation, maybe a pitch for funding from a venture capitalist. Do you:

If you’re like most people, you probably picked A. After all, that’s the classic advice we’ve all heard – and probably used – for critical situations ranging from job interviews to sales meetings.

But it turns out that advice might be wrong.

“Catering” to others is less effective and more anxiety-provoking than simply acting in an authentic way, according to research by Ovul Sezer, an organizational behavior professor at UNC Kenan-Flagler.

She published her research findings with Francesca Gino and Laura Huang of Harvard University in “To be or not to be your authentic self? Catering to others’ preferences hinders performance” in Organizational Behavior and Human Decision Processes.

They find that catering is a distinct impression management approach that’s different from other behaviors such as self-promotion or ingratiation.

Catering is “an assertive impression management tactic in which people intentionally use verbal and nonverbal behaviors that they believe are commensurate with others’ interests, preferences and expectations rather than their own.”

The researchers are the first to define and analyze catering and its impact on performance. They used a series of surveys and online studies, a lab experiment simulating a job interview, and a real-world experiment where entrepreneurs pitched investors for funding. The data allowed them to explore what catering is, how it feels when people do it, and how it affects performance.

If you’ve ever chosen to use catering in an important personal or professional interaction — and chances are you have — don’t feel bad. Most people have.

Sezer and her colleagues recruited 548 working adults via Amazon’s Mturk service and asked them whether they would use catering for an important professional interaction, like a job interview. Some 66% indicated they would, and 71% said they thought it would be a good strategy.

The contrasting strategy would be authenticity – acting in a way that’s consistent with your true self and inner experiences. There is research that finds that acting authentically – so others understand us as we understand ourselves – can lead to happier relationships and correlates to higher levels of job satisfaction and performance.

“It’s a very hard cognitive and emotional task,” she says. That’s especially true in high-stakes situations where we don’t know the other person well. Trying to understand that person’s preferences and behave accordingly is risky – because we could easily be wrong – and challenging.

And in addition to be draining, catering simply doesn’t work as well.

In one study, Sezer and her colleagues recruited 258 students and working adults and split them into two groups – some serving as interviewers for a fictional job, some as interviewees. They randomly assigned interviewees to one of two strategies: Either to try to cater to the interviewer’s perceived interests or be authentic.

Perhaps most interesting, though, were the results of a real-world competition. Some 166 entrepreneurs participated in a fast-pitch competition at a private university in the Northeast, each striving to become one of 10 semifinalists. They presented their business ideas to a panel of three judges – experienced angel investors.

Afterward, the entrepreneurs completed a short questionnaire for Sezer and her colleagues. Likewise, the judges filled out short score cards for each pitch they heard.

The entrepreneurs who chose to cater to the judges rather than acting authentically had worse outcomes – based both on whether they ended up as semifinalists and the judges’ opinion about the viability of their ideas.

Does this mean you can abandon social norms in the interest of being authentic? Not exactly.

It’s still a good idea, Sezer says, to remain within the expectations for whatever your situation.

“If it’s a job interview, yes, I’m going to dress up accordingly and make sure my pitch about myself is meeting the expectations,” Sezer says. But the key, she says, is to avoid focusing too much on what you guess the other person’s interests are and, instead, focus on putting your own best foot forward, authentically.