Business with a higher purpose

We all know that the least respected institution in America is Congress. But do you know which institution is the second-least admired in America? It is big business. Countless politicians and millions of Americans contend that a preoccupation with stock prices, quarterly earnings and executive pay has undermined the fabric of our nation.

Today fewer than one in five Americans have confidence in big business, an all-time low. Corporate America has a serious image problem. 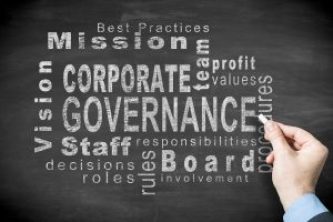 With so many academics and politicians arguing that capitalism is fatally flawed, we need to consider whether to abandon our nation’s traditional economic model or whether there is a superior form of capitalism that better serves all stakeholders. There is compelling evidence that companies that focus on a higher purpose and serve their many stakeholders effectively achieve superior results for their owners.

By embracing stakeholders – such as employees, customers, suppliers and communities – as partners, rather than inputs, all parties fare better, including shareholders who will see superior returns in the long run.  This isn’t a replacement for or an alternative to capitalism – it is a higher form of capitalism.

Our financial system encourages short-term behavior that sub-optimizes long-term outcomes. In a study conducted by Al Rappaport, one of the most distinguished finance professors of our generation, he found that fully 80 percent of companies occasionally forego investment decisions with a positive net present value if they hurt short-term earnings.

But there is no reason this needs to be the case. The reality is that the stock market has a very long-term focus when companies effectively articulate their end game. How else can you explain why Tesla – which has had only two quarters of meager profits since its inception – has a market capitalization greater than Ford and GM?

While most CEOs accuse Wall Street of encouraging dysfunctional myopic behavior, I believe America’s business schools are equally to blame. We teach MBAs to base investment decisions on discounted cash flow analyses that ignore massive economic considerations which are difficult to quantify. We teach finance as a science, when it should be taught as a blend of art and science.

Chick-fil-A generates more than $4 million of revenues per unit, 50 percent more than any other concept. And it is consistently the leader in customer satisfaction and same-store sales growth, other key performance metrics.

To understand how Chick-fil-A does it, you need to appreciate the culture of the organization which was infused by its founder Truitt Cathy, whose mantra was “People before Profits.” Its mission statement says nothing about food or financial success. It has financially outperformed every fast-food company in the country with a simple mission: “To glorify God by being a faithful steward of all that is entrusted to us. To have a positive influence on all who come in contact with Chick-fil-A.”

A company’s higher purpose does not have to be spiritual. IKEA’s mission statement is “to create a better everyday life for people … by offering a wide range of well-designed, functional home furnishing products at prices so low that as many people as possible will be able to afford them.”

A recent Gallup study concluded seven in 10 American workers are not engaged at work. How does a business maximize long-term profits with an apathetic workforce? Or transient customers? Or intimidated suppliers? Or ambivalent communities?

Companies achieve superior financial results in the long run by offering a unique value proposition to their stakeholders by standing for something they believe in.  If stakeholders receive psychic income from being affiliated with your organization, not every interaction is transactional, predicated solely on economics.

I ask this question on the final exam in my corporate governance class: If you served on Chick-fil-A’s board, what considerations would you explore in deciding whether to open the stores on Sunday?  Chick-fil-A is closed on Sundays because its founder believed that the Sabbath was meant to be a day of rest.

In a typical MBA class you would research other fast-food companies and determine what percentage of their revenues come on Sundays to forecast your incremental revenues. You would then project all the marginal costs of being opened an additional day, such as wages, product costs and incremental power bills. By leveraging fixed costs such as property taxes, rent and insurance you would conclude that you could grow the bottom line by opening on Sundays. In your finance class, you would get high marks for this analysis.

Not in my class. There are profound economic considerations that you would have ignored. Chick-fil-A employees choose to work for the company because they feel a sense of shared values. Many cherish their Sundays off to be with their families or to attend church. Other employees enjoy Sunday off to ride bikes, play golf or go to the beach. Muslim employees are given Fridays off and Jewish employees are given Saturday off, if requested.

Regardless of their faith, an applicant must fully buy into the notion of serving others to be hired or to run a store. Chick-fil-A received more than 40,000 applications from potential franchisees to operate the 150 locations opened last year.

If cashiers, cooks and store managers were told they could no longer take Sundays off, it would profoundly impact morale. The new policy would be regarded as a betrayal of values by employees and many customers. Numerous store managers and hourly workers would quit or come to work less motivated.

We don’t teach MBAs how to build a line into a cash flow model for the cost of employee turnover. It is expensive to hire and train workers. Plus, you lose institutional knowledge and capabilities. How do we quantify a reduction in employee morale, which can be the greatest point of differentiation in a competitive market? It’s not easy, so we ignore it.

Many consumers support Chick-fil-A with their retail dollars because they believe the company shares their personal values. Those customers would consider being opened on Sundays as selling out and would visit the stores less frequently, it at all. I believe that if Chick-fil-A changed its policy and opened on Sundays, its profits would decline in the long run. And so does the company.

Many of Chick-fil-A’s policies make no sense in a traditional discounted cash flow analysis. The company pays its employees more than most fast-food chains. It invests more in training. It has implemented a program to recycle its Styrofoam cups. Many operators require employees to perform community service.

We don’t teach MBAs how to build such strategies into the financial models that drive corporate decision making. Some teach the notion of a “triple bottom line,” which can be a simplistic paradigm that offers no way to reconcile potentially mutually exclusive objectives. Rather than demonize profits, we need a far more sophisticated approach to accurately project profits. Today’s financial models are a blunt and inadequate tool to evaluate complex economic behavior. Traditional finance is not obsolete; it is just immature.

Behavioral economics has turned traditional economic theory on its head because people don’t act in a purely rational, unemotional manner. The time is long overdue for building behavioral factors into financial models.

Practicing “Conscious Capitalism” is not easy. As Whole Foods learned, it is no substitute for having an effective strategy to respond to competitive threats. But those who get it right are handsomely rewarded. A study by a Harvard Business School professor showed that companies which function with a higher purpose have far superior shareholder returns.

And the investment community is taking notice. Sustainable, responsible and impact investing funds now manage $9 trillion in assets in the U.S. and have grown 33 percent a year over the past two years. Companies that scored in the top third on environmental, social and governance characteristics outperformed the stocks of companies in the bottom third by 18 percent.

So rather than discard capitalism as a heartless anachronism that undermines the social good, as so many academics and political leaders in certain circles propose, we need to develop more sophisticated tools to demonstrate how Conscious Capitalism is a superior form of capitalism that better serves society.

My guess is that if we made Conscious Capitalism a core concept of every MBA curriculum, the reputation of corporate America would improve dramatically, along with the success of business and the wealth of its owners.

Michael Jacobs is professor of the practice of finance at UNC Kenan-Flagler.